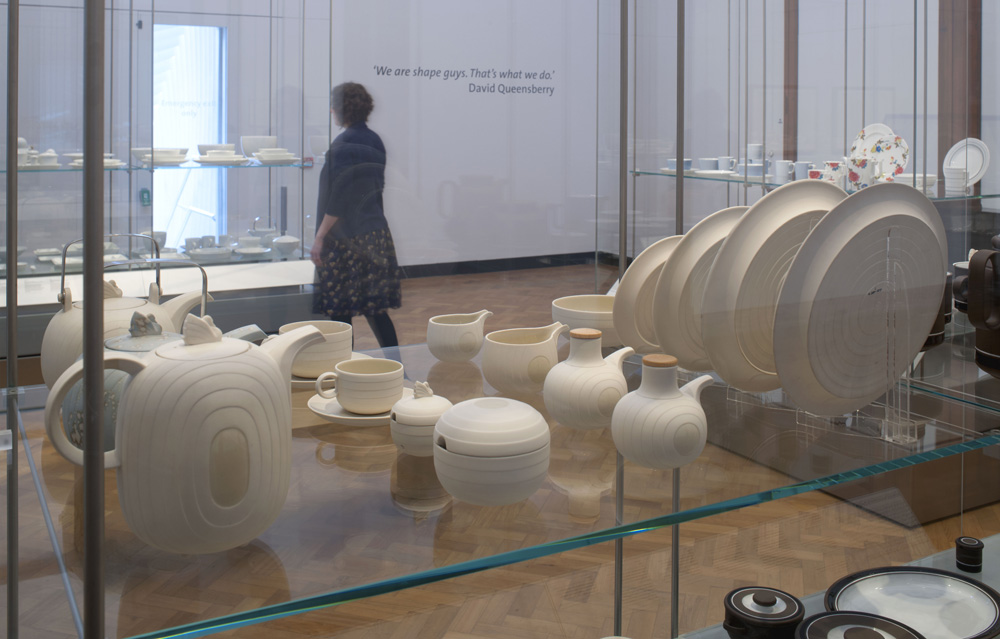 The Queensberry Hunt partnership has been at the forefront of ceramic design for more than four decades.  Their clean-lined, modern tableware has achieved critical and commercial success, and for many it will be immediately familiar.  They have designed for household names such as John Lewis, Habitat and Crate & Barrel, and manufacturers including Wedgwood, Rosenthal, Hornsea and Portmeirion.

Queensberry Hunt’s practice spans a period of great change in the ceramic industry.  Modern design has entered the mainstream and changing lifestyles have brought new demands.  New production technologies have emerged and production has shifted towards Asia.  This retrospective shows how Queensberry Hunt have responded to such changes, from their work of the 1970’s through to their latest products designed in a globalised world.